Hearing from an American about open media is quite a fun now :) Seriously.
Top

Ninety percent of US media outlets are owned by just six Corporations. Such an oligarchy is hardly "free" or open media.

Hearing from an American about open media is quite a fun now :) Seriously.

I mind my own business. This is a crime in Biden's America. Ukraine and Russia should settle their own business. We Americans carry too much history to be seen fairly over there.
Don't like yourself too much.
Top

I'd like you pick one person in your classes, or in your family, who is worth sacrificing for the security of Ukraine. Just their first name. Their sacrifice could be their lives, a limb or their peace of mind. When they come back post their eulogy.

You are asking a lot of poor kids to risk their necks. We expect military to risk their lives. We do not ask them to throw their lives away on foolish crusades.
Don't like yourself too much.
Top

Minding your own business is a crime? For fuck sake, do you ever tire of being such a flaming drama queen?
"Sorry I didn't save the world, my friend. I was too busy building mine again" - Kendrick Lamar
Top

btw, did you notice the ".ua" letters on the pic i posted?
those are ukrainian sources :)
Top

You tell me, Ronnie. This is Biden's prospective head of BATF&E.

Mind your own business? Not in this Administration. Those who go with the plan are patriots. Those who sit on the sidelines are traitors.

Her name was Vera. She was strafed by a UAF fighter. They were looking for "terrorists".

She died soon after. Both her legs were destroyed, she was covered in puncture wounds.

Here's the video. The Ukraine state blamed a "grenade". The vid has the footage of the strike. CNN and others follow on.

Those who go with the plan are Patriots. Those who do not are traitors. Minding one's own business is a crime.
Don't like yourself too much.
Top

nafod wrote: ↑Wed Apr 07, 2021 3:58 pm The long game (the real long game) doesn't look good for Russia as its population declines and it remains a petro-state.

Russia is more than a 'petro-state'. They are the world's leading exporter of wheat in terms of dollar amounts. https://www.worldstopexports.com/wheat-exports-country/

Used to be that the US was world leader.

Russians are the second leading weapons exporters. China and India rely upon them.

The Turks closed the deal on the S-400. No one in NATO would sell to them. The US is threatening to cut Turkey out of the F-35 deal. Will Turkey buy fighter planes next.


Japan is facing a population decline. They have fewer people than Russia. Their export dominated economy has relied upon US protection. Once we are run out of East Asia what then for Japan?

Russia doesn't have Socialists holding them back any more.
Don't like yourself too much.
Top

You could have just said no.
"Sorry I didn't save the world, my friend. I was too busy building mine again" - Kendrick Lamar
Top

If things kicked off with Russia, then presumably China would jump in for them and vice versa? The West factors India into their plans, so that weapons agreement could be pretty inconvenient.
Top

You called it. Sigh. :(
“Mediocrity is not about failing, and it’s the opposite of doing. Mediocrity, in other words, is about not trying.” — Georges St. Pierre
Top

We've seen this movie before. 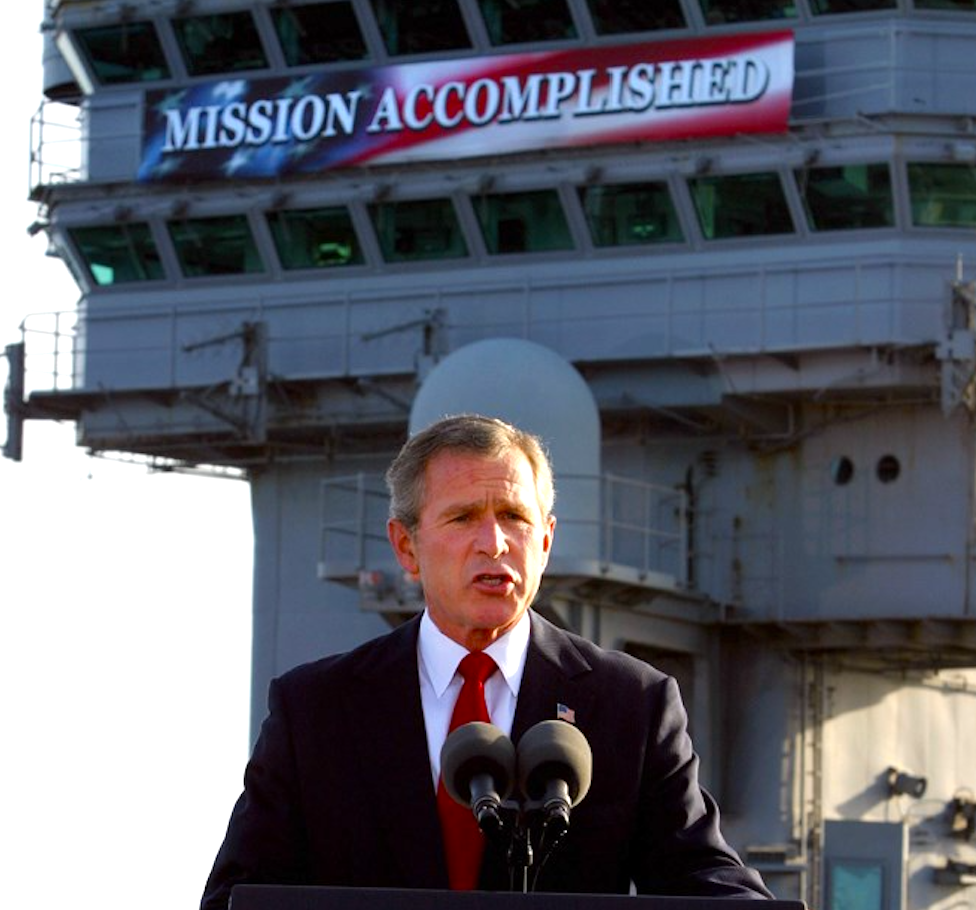 That looks to be a better shot at being Biden rn.
Top

I did not express myself well.

Drama queen? Take a look at Strzok then at Chipman. These are not normal people. They have a scary edge to them. It inspires apprehension.

A photo of stupid fuck


I wonder how much he and his family had to do with Ukraine in 2014? Did Victoria Nuland also work for him?


Edit - she did work under George W Bush.|

"Nuland comes to the group with a strong bipartisan background. Under the George W. Bush administration, she served as deputy national security adviser to Vice President Dick Cheney and deputy chief of mission for the United States at NATO, before becoming the full ambassador to NATO in President George W. Bush’s second term."

Her husband, Robert Kagan, founded and ran the Neo-Con think tank "Project for an American Century".

The Salon article explains how the US caused regime change in 2014.

My mom and aunt both called me one morning to ask why George Nouri would cut off the guest from even mentioning Nuland hahahhahs.

Russia has sparked alarm in Ukraine and throughout the international community in recent days by massing its armed forces close to the Ukrainian border. The military build-up has raised fears of a possible Russian offensive that could push beyond the areas of eastern Ukraine currently under Kremlin control and lead to a dramatic escalation in the simmering seven-year conflict between the two countries.

Ukraine’s Western partners have responded to the threat by voicing their support for Ukrainian sovereignty and calling on Russia to end its aggressive actions. As tensions mounted late last week, US President Joe Biden made his long-awaited first call to Ukrainian President Volodymyr Zelenskyy and “affirmed the United States’ unwavering support for Ukraine’s sovereignty and territorial integrity in the face of Russia’s ongoing aggression in the Donbas and Crimea.”

Basically, the Russian Federation is establishing a crescent of military around Donetsk and Luhansk. On the Black Sea it's harder to know, but for sure, they have naval assets and probably some submarines there as well. It's harder to know why, but what I have heard is that the breakaway areas on Donetsk and Luhansk represent a serious economic burden on Russia's relatively anemic economy, as does their newly acquired Crimea, as does their ongoing engagement in Syria.

Making matters worse, now-Russian Crimea is undergoing a severe freshwater crisis. Much of the water that is available is saline, and its use for irrigation is causing serious soil salinity problems. Putin had the opportunity to construct a desalinization plant there, but declined, preferring a proposal to bring freshwater in from the north via a canal from the Dnieper River. Unfortunately for those plans, Ukraine has built a dam on its territory, blocking any canal.

Now Russia finds itself in a pinch, a Zugzwang, to borrow a chess term. Putin is obligated to make a move, which puts him at a disadvantage, but he has little choice but to act. And while Russia is compelled to act, Ukraine can afford to site back and wait. They've been busy penning deals with USA, EU, Qatar, etc. while Russia is manacled by sanctions for the annexation of Ukraine and other classic Ivan high jinks. Now Russia isn't about to collapse, but it's in a weak spot and Putin is more vulnerable personally than he has been in some time, with quite a bit of interest around Navalny and the corruption he alleged, which has damaged Putin's party United Russia.

Now, with Biden in office, the USA is insisting on being involved in the ongoing Normandy Talks re: Ukraine. Russia won't allow this, it wants only to deal with France, Germany, and Ukraine because it has them over a barrel with energy supplies. However, USA is now in a position to threaten conditional sanctions that would be levied on Russia if it escalates in Ukraine. The sanctions could be placed on a major bank such as Vnesheconombank, but certainly on Nord Stream 2.

Now, the possibility is that Putin will look at the writing on the wall and go for a big grab of eastern Ukraine. He can shore up domestic support with a tidy, successful war, get his freshwater canal, and use the profits to offset the sanctions. I'm curious if any of you guys have been watching this and where you think it is all going.

#Russian forces have blown up a dam built by #Ukraine on the #Crimea canal.


Boom. It's not easy being right about everything but hopefully you will all listen to your old friend from now on.

Fat Cat wrote: ↑Tue Apr 06, 2021 8:25 pmRussia has sparked alarm in Ukraine and throughout the international community in recent days by massing its armed forces close to the Ukrainian border. The military build-up has raised fears of a possible Russian offensive that could push beyond the areas of eastern Ukraine currently under Kremlin control and lead to a dramatic escalation in the simmering seven-year conflict between the two countries.


Ukraine's army commander Gen Ruslan Khomchak says Russia has deployed 28 battalion tactical groups near Ukraine's eastern border and in Crimea, which would amount to 20,000-25,000 troops. Russian officials have not confirmed that, nor given any precise figures.

Ukraine has a total military of 255,000 to 280,000. We're talking a "build up" of 10 percent of Ukraine's armed forces. Maybe the border police couldn't handle it, the UAF should be able to handle it.

@'s post has aged poorly. Then again, it was shit at the time.

This ain't over yet, Fats.

I expected Putin to learn from the US mistakes in Ukraine, Iraq and Afghanistan. We failed in all three places to make things better for the locals.

"According to reports, the European Union is even considering banning the Russia from SWIFT payment network, but a final decision is yet to be taken. However, some analysts believe these sanctions, including expelling it from SWIFT, may not have desired effects on Moscow, let alone halting its ongoing war in Ukraine. "