Is that where characters in the story "level up" like in a role-playing game? Heard a friend mention the genre...

Just finished Gerry Lopez's excellent Surf Is Where You Find It. Gerry was perhaps the most iconic surfer in the early 70's. Fifty years later, he's still surfing, snowboarding, and doing yoga at a high level. The book is a collection of short stories about other legendary figures in the surfing world, and his own pioneering experiences traveling the world — he also does a nice job of attributing dumb luck and providence for being alive.

Not every story is amazing, but enough of them are, and his own world-class surfing is captured with such grace, that it would be a shame for a surfer to not read through it.
"Forget about your feelings and become one with the work." -- Bruce Lee
Top

Is that where characters in the story "level up" like in a role-playing game? Heard a friend mention the genre...

Yes. I had a prejudice against this genre, but this particular author was praised and I decided to give it a try.
Wouldn't mention him here, but this series were translated into English. 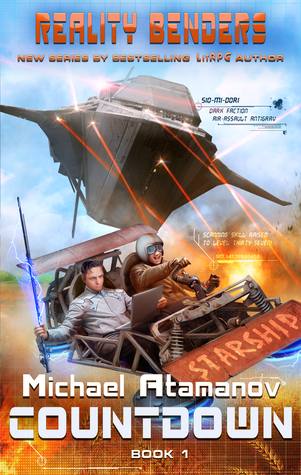 I already listening fourth part. It is rather space opera than LitRPG. Really enjoyable book.

All the reviews said it was like the Canterbury Tales in structure, but it’s been like 50 years since I’ve read them, so that meant little. Basically, it’s six short novellas told by six travelers. Each of them different and fascinating. Gets two thumbs up.

Before that I read Ice by Anna Kavan. Kind of bizarre head trip, narrated by a character obsessed with some woman, with random side trips into weird dream states, while the world is about to be covered by encroaching ice age. I just described it poorly. It sticks in your head.

Nafod, if you enjoyed Hyperion I bet you would really dig Exurb1a's book "The Fifth Science". It's a collection of short stories following humanities fall from galactic civilization back into a what looks to be a coming dark age. Lots of existential philosophy wrapped in sci-fi.


The Galactic Human Empire was built atop four sciences: logic, physics, psychology, and sociology. Standing on those pillars, humans spent 100,000 years spreading out into the galaxy: warring, exploring, partying — the usual. Then there was the fifth science. And that killed the empire stone dead.

The Fifth Science is a collection of 12 stories, beginning at the start of the Galactic Human Empire and following right through to its final days. We’ll see some untypical things along the way, meet some untypical folk: galactic lighthouses from the distant future, alien tombs from the distant past, murderers, emperors, archaeologists and drunks; mad mathematicians attempting to wake the universe itself up.And when humans have fallen back into savagery, when the secrets of space folding and perfect wisdom are forgotten, we’ll attend the empire’s deathbed, hold its hand as it goes. Unfortunately that may well only be the beginning.

https://www.amazon.com/Fifth-Science-Ex ... 201&sr=8-2
I don't have a lot of experience with vampires, but I have hunted werewolves. I shot one once, but by the time I got to it, it had turned back into my neighbor's dog.
Top

I finished a Carl Hiassen novel called "Skin Tight" which has a great protagonist, but was overall okay.

I kept catching myself imagining all the characters wearing Covid masks by accident, even though the story's set in the late 80's.

I'd be asking myself, "How do they know what their smile looks like?" And then remember that mask-wearing is a new thing. Stupid ass pandemic.
"Forget about your feelings and become one with the work." -- Bruce Lee
Top 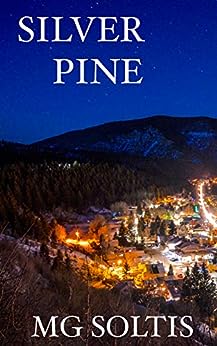 I finished "No Easy Day" awhile back. I had made a personal promise not to read any Navy SEAL books but we went on a little mini-vacay and I took it. It wasn't a bad read at all. I'm about to re-read Dune.
Top

Shoe Dog by Phil Knight the dude who created Nike.

Everyone I know who has read it agrees it's a page-turner. He's a great writer and a very solid story. One of the most interesting, well-written biographies I can remember reading.
Top

It's Not About You by Bob Burg.

Short business book, told as a story. Found it fun and exposed some glaring weaknesses, professionally and otherwise. Also provided ideas and clarity on other things.

Recommended for those who like this sort of thing (self-help/biz books).

"Forget about your feelings and become one with the work." -- Bruce Lee
Top 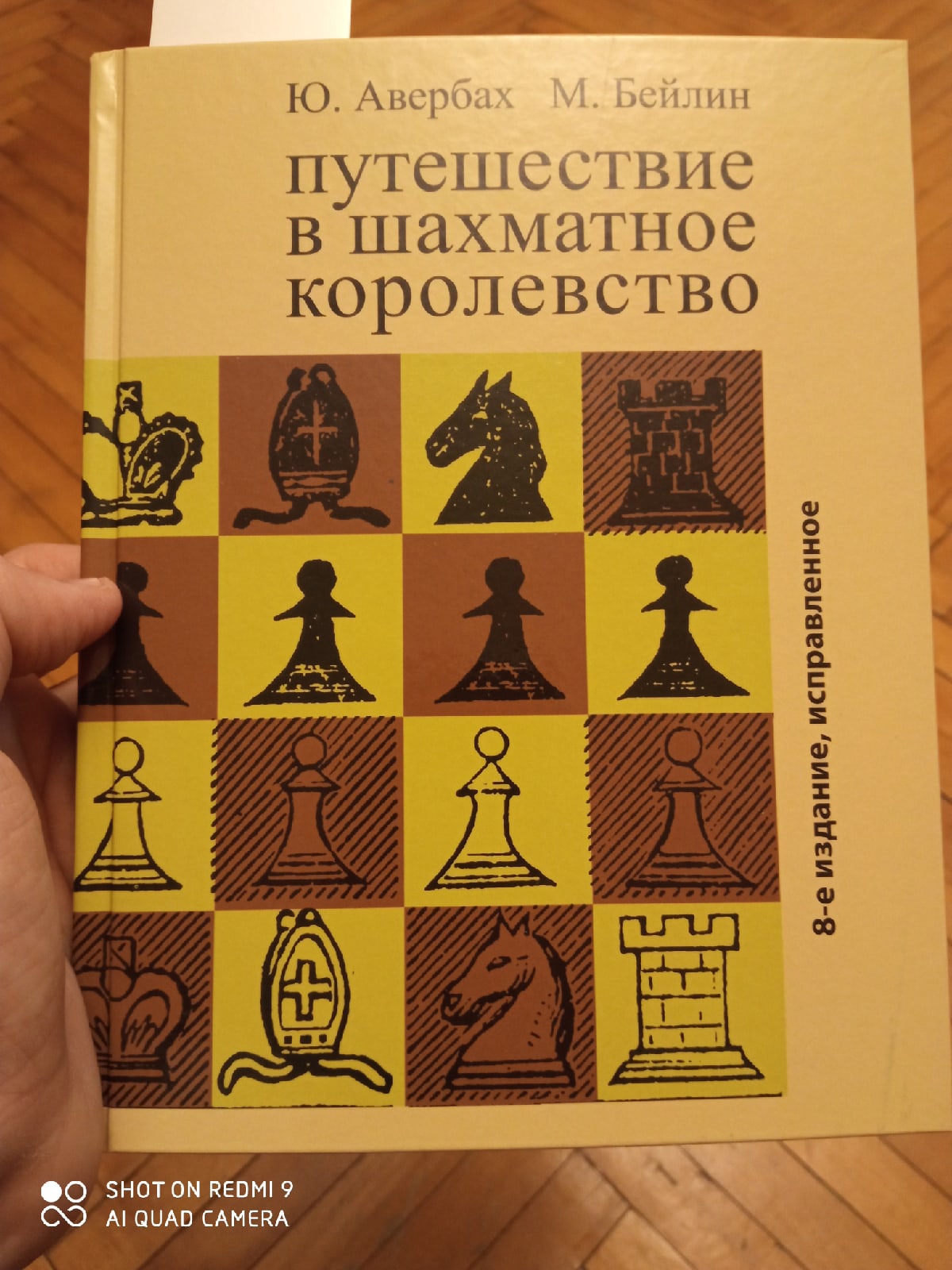 Mak, I read Under the Banner of Heaven some years ago...and it was fascinating. I can't remember where I read it, I don't know if it's in the book but it was something along the lines of...if you're part of a religious organization who's leader receives direct communication from god, don't be surprised when someone else in the organization starts receiving direct communication as well when things aren't going the way everyone thinks they should.
Top

Mak, I read Under the Banner of Heaven some years ago...and it was fascinating. I can't remember where I read it, I don't know if it's in the book but it was something along the lines of...if you're part of a religious organization who's leader receives direct communication from god, don't be surprised when someone else in the organization starts receiving direct communication as well when things aren't going the way everyone thinks they should.

Yes, that's a big theme in the book. The way Krakauer tells it, at any rate, is that Joseph Smith started off preaching a sort of democratic prophethood where people could dispense with the organized church and speak directly with God...until everyone started speaking directly with God. At which point, he was like, "ya, only me."

You can see this still in its vestigial form in the Church of Jesus Christ of Latter Day Saints where each President is formally known as, "The President, Prophet, Seer, and Revelator," (i.e., it's him and no one else). It's a very interesting book, and I would recommend it, but it is openly hostile to religion and I find that part tedious and closed-minded.

Nutrition and flavor are traditionally linked. Animals, and humans, eat what tastes good, in part because it's good for us. A sick chimp, for example, will seek out certain plants when sick.

Modern foods are selected for high yield, not for flavor or nutrition. We compensate in good ways, say by adding herbs and spices, which help replace the missing nutrition. And in bad ways, by adding artificial flavors and high-sugar, high-fat additives, which cause us to over-eat this otherwise bland food.

Trust natural flavor. Seek out the best tasting real foods you can find and afford by visiting farmer's markets, using your eyes/nose/hands to check for freshness, etc.
"Forget about your feelings and become one with the work." -- Bruce Lee
Top

By the way, Fat Cat, I recommend Eiger Dreams by Krakauer. It's a collection of short stories on climbing and mountaineering -- I think Nafod suggested this to me, thank you! While I don't have much interest in going climbing, I enjoy learning about it.

Krakauer is a great writer in general, but he loves climbing, and that love shows up.
"Forget about your feelings and become one with the work." -- Bruce Lee
Top

Many chapters are given over to a character's inner thoughts as they are involved in conversation. I found this masterfully done. It paints people as given to many weaknesses and motivations.

There's a ton on ecology, religion, philosophy, combat, politics, etc. You can see how influenced the author was by his richly explored life -- and I took copious notes throughout.

But towards the end, there are time jumps (a sharp contrast to the slow build earlier) and complex characters are disposed of quickly and without a sufficient exit based on how emotionally invested I'd become in their fates.

Still a great book, but I don't see myself continuing deeper into the saga.
"Forget about your feelings and become one with the work." -- Bruce Lee
Top

Bram dude if you have even a little interest in SciFi now would be a great time to read The Dragon Never Sleeps by Glen Cook. It's either a riff on or a re-doing of or heavily influenced by Dune. It's good in it's own right too. Excellent really. Has a lot to say about the Nat Src State as viewed by a boomer liberal.
Top

Sounds interesting, is that the same Glen Cook that wrote The Black Company?

Ordered a copy, Benny. Thanks for the rec!
"Forget about your feelings and become one with the work." -- Bruce Lee
Top

Sounds interesting, is that the same Glen Cook that wrote The Black Company?

I really like that book. Hope you do to. It's very fast paced almost breakneck speed.
Top

Arrival by Ted Chiang
This is a collection of stories, including Story of Your Life which the movie Arrival was based on. Four are good.
Exhalation by Ted Chiang
Another collection. The Merchant and the Alchemist's Gate is really good but the rest are a miss.

Most, ok all sci-fi is the author's wish fulfillment and/or PSA on How Things Should Be and What Good People Think and Feel. Chiang goes this route in most of his stories. The Lifecycle of Software Objects was a nonstop polemic about artificial life and what the right people think about everything. With a gift wrapped heroine who says and does the perfect thing at all times. But Chiang has some great moments. Understand and Division by Zero (both in Arrival) were gripping. The Merchant and the Alchemist's Gate is a kind of story I wish I could write. I have mixed feelings about Story of Your Life. It's good, but I'm tired of stories that are half about the author showing how clever he is to have built this world. Overall I recommend Arrival but not Exhalation.
Last edited by motherjuggs&speed on Fri Mar 04, 2022 2:19 am, edited 1 time in total.
Top

Really enjoyed this. Really well done and as they say "he wears his erudition lightly". Convinced me of his thesis for whatever that is worth.
Top
Post Reply